A new chaplain and a new opportunities 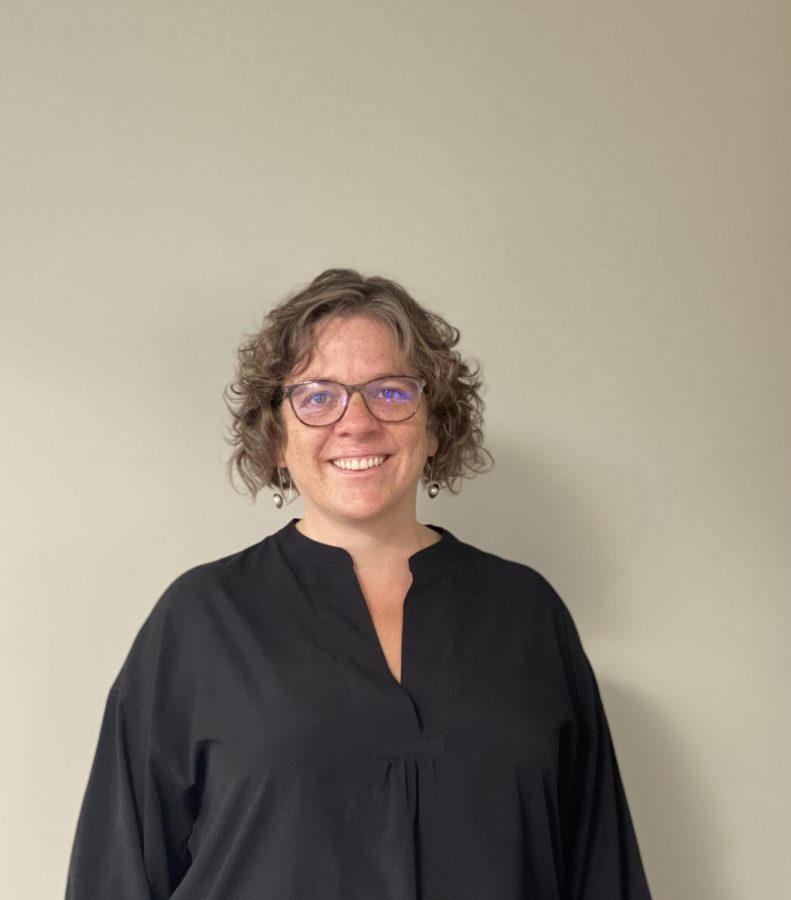 The third floor of Anderson is seeing a change this fall. After former chaplain Nancy Victorin-Vangerud retired this summer, the new chaplain, Kelly Figueroa-Ray is moving into her own office at the Wesley center, decorated with “migration is beautiful” stickers and plenty of books.

“I feel like I’ve found my home. I am excited about being here for the rest of my life,” she said. “It’s just great to start to get to know everybody.”

The Hamline chaplain role has responsibilities connected to Hamline and the community, those of which Figueroa-Ray has prior experience with.

As chaplain, Figueroa-Ray “guides Hamline University’s spiritual and religious life and leads our engagement with Saint Paul and the wider community,” according to the Faculty and Staff page on the Hamline website, which explains that “she is experienced in community organizing, project management, and teaching.”

Figueroa-Ray comes to Hamline from St. Olaf College. After earning her PhD in religious studies at the University of Virginia in 2018, she began teaching at St. Olaf as a visiting assistant professor in the religion department.

“I taught a lot about how the Bible [is] used by politicians,” Figueroa-Ray said about her time at St. Olaf. “So scripture comes out a lot in the public sphere. And I’m really interested in looking at, like, the meaning behind that.”

She also focused on multicultural ministry, and taught a class called Religion at the US-Mexico border, which included students learning about who lives in Northfield, building relationships and working with a local priest.

In class, “the students actually had to walk twenty minutes to go to the catholic church where there was a Spanish mass, and even if they didn’t speak Spanish… they got to talk with actual people living in the community,” she said.

The students in that class also had the chance to be involved with “Hostile Terrain 94,” a communal art project hosted by the Undocumented Migration Project.

According to their website, “the exhibition is composed of over 3,200 handwritten toe tags that represent migrants who have died trying to cross the Sonoran Desert of Arizona between the mid 1990s and 2019. These tags are geolocated on a wall map of the desert showing the exact locations where remains were found.”

Figueroa-Ray explained how this project began in the class and then led them to reach out to other students. She added that the Spirituality Scholars from Hamline will also be involved with the art project.

“Hopefully the Hamline students will go down there and help with the installation and be part of that sort of creation and then we’ll bring the wall up here in April,” she said.

Figueroa-Ray’s work at the Wesley Center will be partially in events and programming through supervising the Spirituality Scholars, Catalyst trips and the annual Mahle lecture series.

However, Figueroa-Ray isn’t limiting her work at Hamline to just the Wesley Center.

She will be out in the Hamline community, serving on various task forces and committees, presiding over university events like invocations, and advising a knitting club on campus.

Although Hamline will miss former chaplain Victorin-Vangerud, the community looks forward to it’s future with Figueroa-Ray.