Hamline students felt prepared to support Hamline alum Ethan Mundt on RuPaul’s Drag Race, only to be left with feelings of disappointment and cringe. 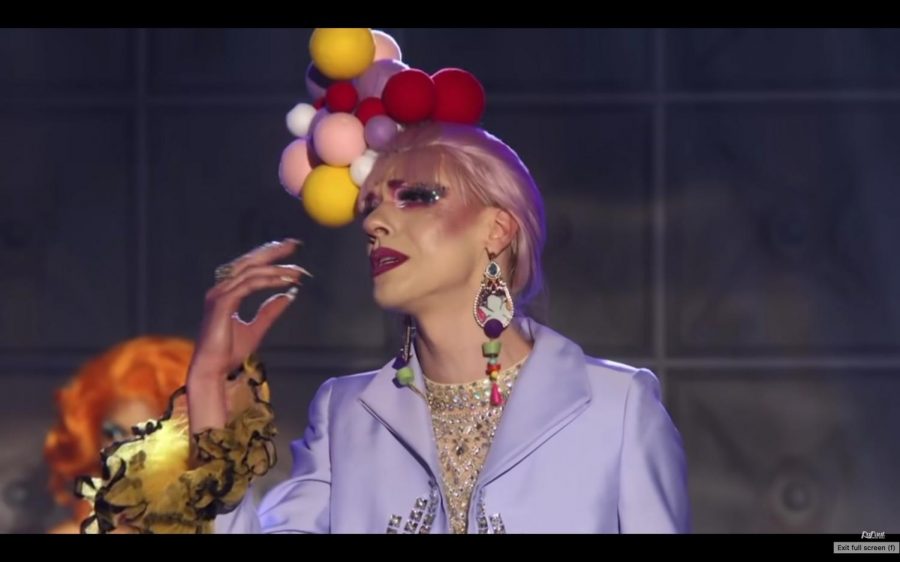 Cait Quinn
Utica Queen had eliminated both Elliott and Tina Burner in previous weeks by winning lipsync battles. Utica Queen expressed much confidence in taking on Symone in the lip sync battle, however, Symone gained the judge’s vote eliminating Utica Queen off of the show. " />

Cait Quinn
Utica Queen had eliminated both Elliott and Tina Burner in previous weeks by winning lipsync battles. Utica Queen expressed much confidence in taking on Symone in the lip sync battle, however, Symone gained the judge’s vote eliminating Utica Queen off of the show.

RuPaul’s Drag Race is a tournament that follows various drag queens who compete for the grand title of top drag queen. Many trials such as lip syncing competitions and roasts take place, and each week one drag queen is eliminated until the two finalists must face off.
The show has held a long standing reputation after many seasons, gaining many fans. Even students from our very own campus found themselves sharing in the enjoyment. So when Utica Queen — a Hamline graduate — joined the ranks in season thirteen, it was obviously very exciting news. Students were filled with high hopes and anticipation.
Junior Donald Birttnen began the season rooting for Utica Queen as he expressed that it had almost felt like an expectation to do so. However, as the season went on and the roast that involved competitors first attempting to roast the judges before everyone else began, it became much harder for Birttnen to find himself in Queen’s corner.
“At first it was like, yeah, it’s the hometown person, you should probably root for them and I did for a while,” Birttnen said. “But after that episode where she was eliminated, I was like no, no, she should just be gone.”
This change in opinion came during Queen’s first round of roasts where she used very fatphobic comments against the judges that left them speechless. Throughout her session, she made comments such as comparing one of the judges to Pumba from The Lion King to speaking to another judge in “whale language” then explaining she thought they understood whale.


The majority of her jokes consisted of making fun of people’s weight which the judges tried to explain would not be taken well and Queen should just try to avoid making such “jokes.” Queen admitted she’d think about it and perhaps tweak them before the actual roast. Students had felt hopeful in seeing a change, but when the actual roast arrived their hopes dwindled. “She didn’t change a single one, so she didn’t take any of the advice from the judges either.” Birttnen said. Junior Bridget Benson had also shared in the excitement of hearing that Utica Queen would be a contender in the drag race, especially when finding so many similarities between herself and the drag queen. Benson and her friends had been eager for the season to begin. “We were really excited to hear that Utica was on drag race this season, especially because she’s a theatre alumni and I’m a theatre major,” Benson said. “So it’s really exciting to hear that she got her education where I’m currently getting my education in the same program with the same people, taking the same classes.” Benson expressed her own admiration of Queen and all the work she has done such as making a gown out of sleeping bags and other creative looks she has made. Benson explained that she had seen her perform before and that she believes Queen’s personality may have just “clashed” with what the show was requiring of her at that time. Benson admitted to following Queen on instagram and finding joy in all her stunning looks that she posts, it was also on her instagram that Benson saw Queen’s own apology posted on one of her captions after the episode aired. She felt that on the show it made Queen look as if there was no conscious thought of what she was saying and that left her feeling upset. “After the fact, she did acknowledge and apologize for the things she was saying, but in the episode it seemed like there was a lack of self awareness for the other people in the room and that was really off putting for me and made me feel a little offended,” Benson said. Soon after, Queen was eliminated and both Birttnen and Benson agreed that the elimination was justified. Even with other fans supporting Queen and the comments she chose to make, both Birttnen and Benson explained that the comments made had not been funny to begin with nor had the delivery been right, instead it was like watching someone insult a group of people. Benson also mentioned that even though the comments made were unacceptable, the fact that Queen apologized immediately after was the right thing to do and that all artists should be able to learn from their mistakes and take notice of how they affect people and do right by those people.
“So, in your art, make sure that any sort of misstep that you do, just acknowledge it, and keep actively trying to implement stronger methods of advocacy,” Benson said.