The show goes on

COVID-19 has drastically changed the landscape of entertainment across all mediums, and one Hamline University theatre department play tackles this head on. 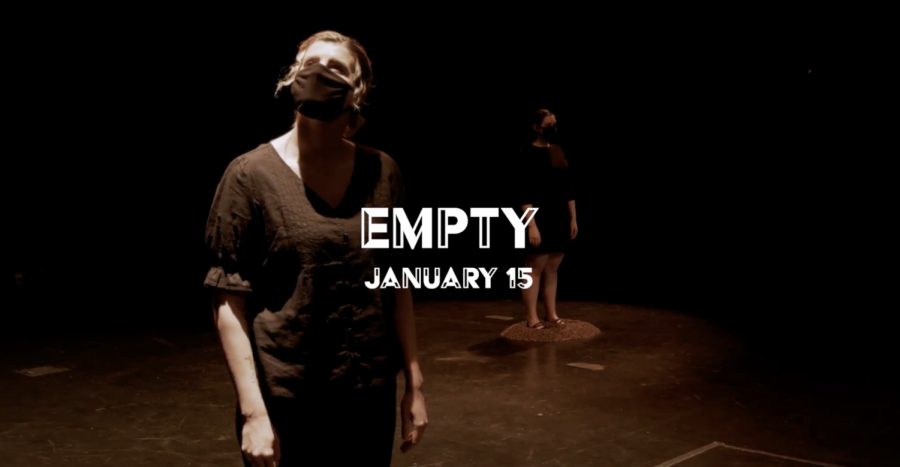 Aidan Stromdahl
In the performance of “Empty,” junior Bridget Benson and sophomore LaNiesha Bisek discuss interpretations of empty; does empty mean all is gone or simply that there is room for more? " />

Aidan Stromdahl
In the performance of “Empty,” junior Bridget Benson and sophomore LaNiesha Bisek discuss interpretations of empty; does empty mean all is gone or simply that there is room for more?

Hamline University’s theatre and dance program has entered its nineteenth season, and this landmark in its history has been interrupted by the global pandemic of the past year. The most recent spring performance—held over the video-conference program, Zoom—was an adaptation of Suzan-Lori Parks’ “365 Days/365 Plays.” The plays were directed by theatre assistant professor Laura Dougherty.

“I’ve worked extensively with Parks’ work in the past. She’s the first African American woman to win a Pulitzer Prize. She’s a current working playwright in the country. I think she’s one of the most vital voices in theater in the world right now,” Dougherty said.

Parks wrote 365 plays — one for each day of the year — with the purpose of various theatre groups being able to choose which plays to perform in any order. Dougherty mentioned the department’s goal to further introduce and expand students’ understandings of theater beyond the established canon.

“It’s important to me, and to the department of theatre and dance, that we’re producing works by women, and queer folk and BIPOC folk — that the work that we produce and engage with, with our students and for our communities, reflects who we are,” Dougherty said.

The primary question on Dougherty’s mind was how theater could most efficiently operate in a post-covid.

“Would we be able to rehearse in the theater together? Would we not?” Dougherty said.

The format of “365 Days/365 Plays” lent itself easily to the format of the theatre and dance department’s current use of Zoom for performing.

“Because the plays are so super short, and some of them kind of abstract, in tone, an existential right, that it felt like there were possibilities that we could meet the challenges of COVID,” Dougherty said. “Maybe that works in this weird, disjointed zoom world that we live in.”

Because the play was filmed and presented virtually, there was a change in medium and format that needed to be done. Dougherty explains that it was a major departure from the usual strengths of live theater — one that they eventually adapted to.

“From a director’s point of view, it was hard. Because I’m not a film director… film is an entire artistry all on its own, that people spend lifetimes, studying and getting good at and that’s not what we do. So we knew there was a very steep, very steep learning curve,” Dougherty said. “[Senior Ian] Olson was a double major in DMA and theater. So he has some experience with filming and we filmed projects in the fall. And so he was the cinematographer and we had a sound editor.”

“365 Days/365 Plays” premiered on April 2 and 3. The theatre department will next be hosting the dance showcase “New and Slightly Used Dances” on April 23 and 24. Attendance is free and spots in the Zoom can be reserved at Tinyurl.com/hudance2021.