Times are a’changing at HUSC 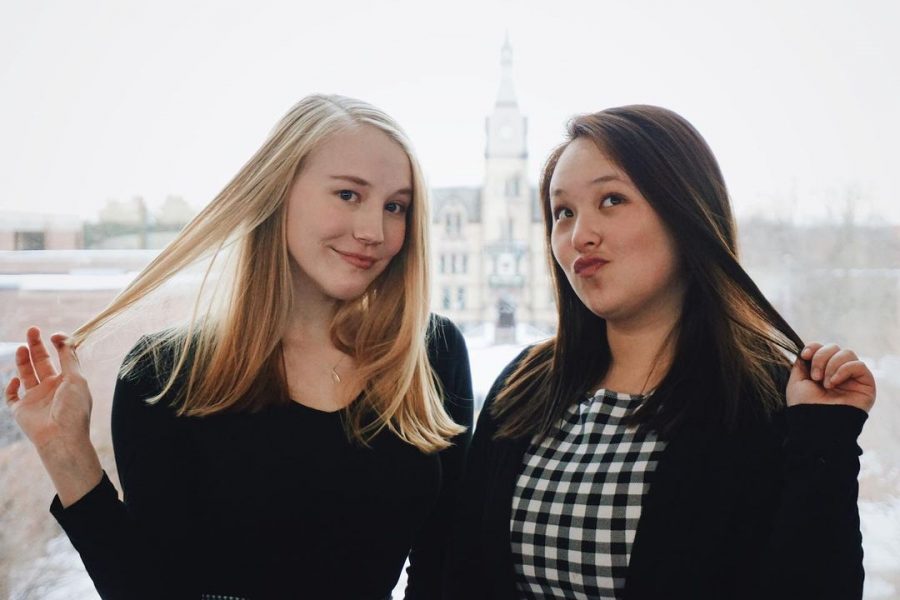 Current vice president Cecelia Miller (L) and president Kaia Zeigler (R) have proposed changing their HUSC positions to be co-presidents, pending the success of their resolution. " />

Current vice president Cecelia Miller (L) and president Kaia Zeigler (R) have proposed changing their HUSC positions to be co-presidents, pending the success of their resolution.

Since the fall semester of 2020, two major HUSC resolutions have been made. One of which changes the titles of president and vice president and the other to make rules and regulations to the Collaboration Fund.

The co-president resolution will be voted by students from March 2 to 4. If this passes, the titles will be referred to by large as “co-presidents,” starting with the rest of this semester.

In the co-president resolution, it breaks down the roles into internal and external presidents adhering to the responsibilities they each cover. The current “president” role will become the “external president” which applies to meetings they attend with the administration or trustee members, while the “vice president,” to be “internal president,” relates to all they do within general assemblies and other HUSC and student connections.

“I would describe it as making the titles of our executive team more equitable and to match with what our roles really are. Cece and I are more co-leaders than any sort of hierarchy. We have the same amount of responsibilities…  so it’s just to be more equitable in our titles,” said Kaia Ziegler, president of HUSC and co-author of the resolution.

Multiple HUSC members mentioned this would help both roles to be seen as equal which would encourage there to be an additional students in meetings with the Board of Trustees and administration, allowing for more student representation for the entire Hamline student body.

“What you want out of [this] is to have an equitable administration, so if we are [an] administration that says we want to have accessibility, transparency and equity, I think that falls into not only stipends, not only into time and opportunity and delegation of roles but also falls into titles and how they are perceived by people,” said Grace Ryan, former HUSC executive board member, current technology coordinator and public relations chair.

Another student organization on campus to operate with this co-president model is Dance Marathon. HUSC observed Dance Marathon when making this resolution as well as talking to past HUSC presidents and vice presidents, staff and advisors on campus.

“I hope it demonstrates to the rest of the student body that HUSC is willing to grow and change when necessary …[T]hat’s what we have been aiming to do a lot this year and the past recent years,” said Raina Meyer, sponsor of the resolution and HUSC political affairs committee chair.

The other resolution makes regulations to one of HUSC’s funds. HUSC has a number of different funding categories that each serve unique purposes: Contingency, Conference, Challenge and, the newest, Collaboration. The Collaboration Fund is not only for monetary support but also offers HUSC’s help with advertising, support and volunteering.

“I wanted to introduce this bill because I think the distribution of HUSC funds directly impacts the student body since we are fully funded by the student fee,” said Cecelia Miller, HUSC vice president and co-author of fund resolution. “We want to make sure student money is going back to students in the best way possible as they have entrusted us with the keeping and distributing of the funds they provide.”

Historically, some of the money from this fund has been used for events that HUSC partnered with or for research projects student’s conduct that can benefit the whole student body. Due to COVID-19, creative ways of using such money are encouraged since in person events are more complicated.

If there are any questions or concerns about these resolutions, HUSC can be reached at husc@hamline.edu or at their website https://www.husc.hamline.edu/.