Making music in the library

The basement of Bush Memorial Library undergoes renovations for Hamline’s music department. The space is expected to be ready for students by the end of the fall semester. 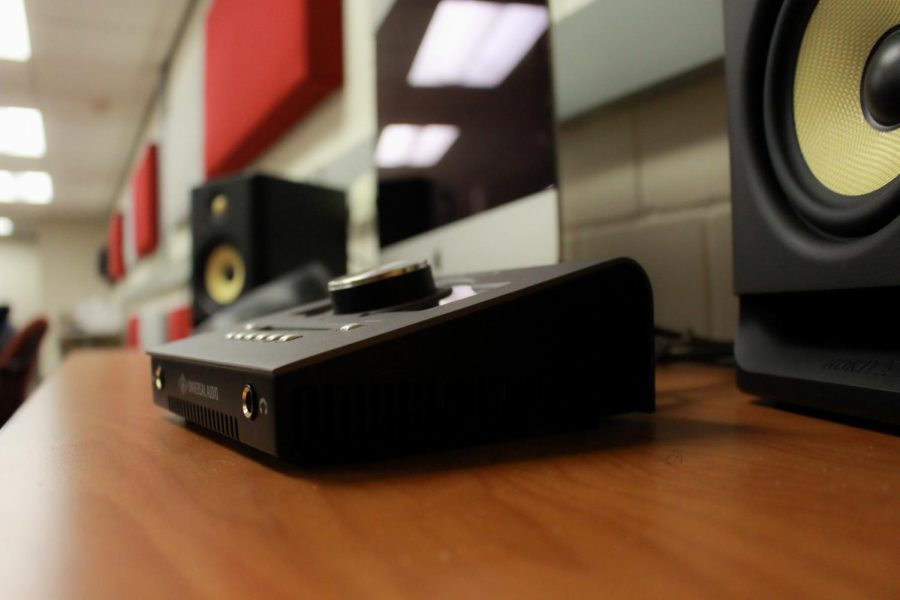 Over the past few months, exciting new changes have been added to the Bush Memorial Library. Hoping to bring new opportunities to the Hamline community, the music department remodeled the library’s entire basement for the Certificate in Music Production Program (CMP). With the change, there are new rooms for recording music as well as new equipment. There will also be more space for new music courses.

Some might wonder why the music space is in the library, an area meant for silence, but picking a location that was both accessible to many and cancels out any outside noise made the library the ideal choice. Director of the CMP Program Jeffery Bailey explained the important details necessary for this kind of space and why the library was chosen.

“Low frequencies travel through the earth. We needed a big space because recording studios are typically large, especially if we’re trying to make it accessible for choirs, ensembles, etc,” Bailey said. “The options became small and subset, so we looked through the options and decided what was best.”

The new space will also allow people to practice live music in-person. With the COVID-19 pandemic, the in-person element of live music has been taken away from students and professors, but with the new addition there is going to be a space large enough to host in-person classes safely.

Music professor and chair of the Music Department Janet Greene explained how the space will allow for more interaction between students and educators.

“You need to put your hands on the microphone. You need to learn how to read the programs on the screen and know which things to press and not to press. It’s a whole different way of interacting with sound,” Greene said. “You have to have the equipment, the spaces and the people to work. We have them all now which is a wonderful gift.”

The space will bring new opportunities for students as well as for the entire music department.

“A micro-goal would be to help students gain familiarity with the new technology. A bunch of people enrolled right now aren’t music majors, but they’re interested in using the technology,” Bailey said. “A macro-goal is to have a space on campus for Hamline in general or for students who are given the opportunity to record in a professional studio and record material that they’ve worked so hard on.”

Both Greene and Bailey expressed their joy regarding the renovations with the new space and everyone who was involved in making it happen. They are excited to open up the space for everyone and can not wait to see people working in the studios.

“The possibilities for our majors now are wonderfully extended. The skills you learn in the music production labs will enhance individual efforts in music-making, and composing and writing for media blogs and short films,” Greene said. “Things that the students are learning will give them more tools for their own entrepreneurial work as well as for other careers.”

The facility is expected to open up before the end of the fall semester. Stay tuned with the Bush Memorial Library for more information on the space and look out for the new music courses for the spring semester.