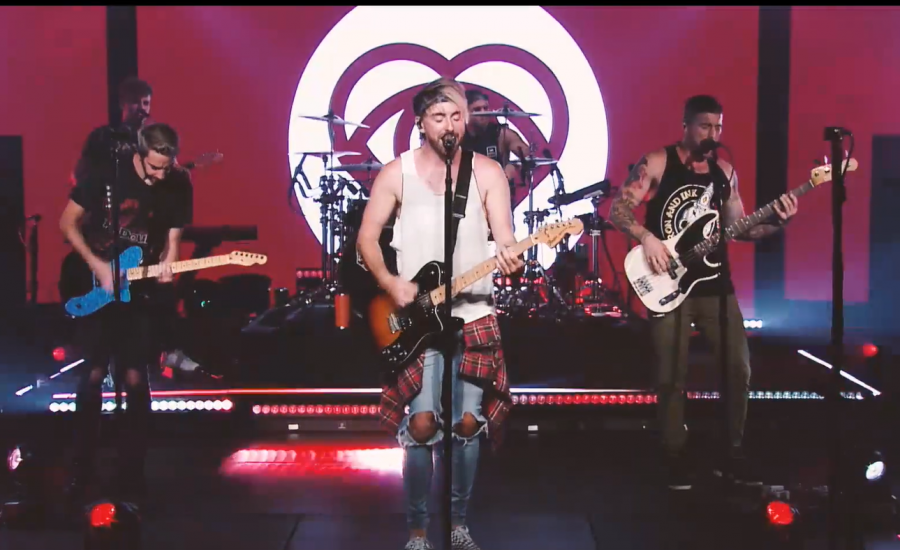 The pandemic has halted band tours and other touring acts. Concerts and social distancing do not go together… or do they? Artists and bands have gotten creative with how they share their art.

Rock band All Time Low decided they would not postpone the release of the album “Wake Up Sunshine” back in April. All four members live in different states, in four different time zones. They hosted multiple live streams to both promote the album and as a way to raise the spirits of their fans.

“Music makes the quarantine better,” lead singer Alex Gaskarth told Billboard, “I agree. And that’s why we decided not to push our album back. We kind of deliberated over maybe not releasing Apr. 3, and pushing back until things got a little more normal, but it didn’t feel like the right move. I feel like people need some new tunes and I hope that this record can be cathartic for people and help people through this weird, wild time.”

The solution to not being able to tour for their album was to have a virtual concert series “Basement Noise,” named so after the final track on their new album. For the same reasons they had for not moving their release date, so they all got tested, quarantined and lived together and did a set of five live shows. Two of the shows happened on Oct. 9 and 23.

The name “Basement Noise” comes from the bandmates reflecting on their origins. Seventeen years ago they were playing in basements and being told they were “just stupid boys making basement noise.”

The first show was a complete playthrough of their new album “Wake Up Sunshine,” which is not something bands would do on a normal tour. The album includes two features of other artists, Blackbear’s song “Monsters”, which got All Time Low their first number one on the Billboard Alternative Chart, and The Band Camino’s song “Favorite Place.” These artists did not quarantine with All Time Low, so Gaskarth sang their parts himself.

Seeing a band perform a live show, even though a computer screen, can make everything seem so much better. For 50 minutes you can just listen to music and escape the real world for a moment.

There are four remaining virtual shows planned. Each band member will have a turn to decide the setlist. The order that they decided upon was drummer Rian Dawson first, then bassist Zack Merrick, then lead vocalist and rhythm guitarist Alex Gaskarth and lastly lead guitarist Jack Barakat.

Dawson’s setlist was performed on Oct. 23.The other band members had joked that this would be the hardest set.

“Rian, why did you do this to us?” Gaskarth asked Dawson in the middle of the set.