The next generation fights back

With the use of social media for social justice, Hamline students are organizing grassroots campaigns to give back in the Twin Cities. 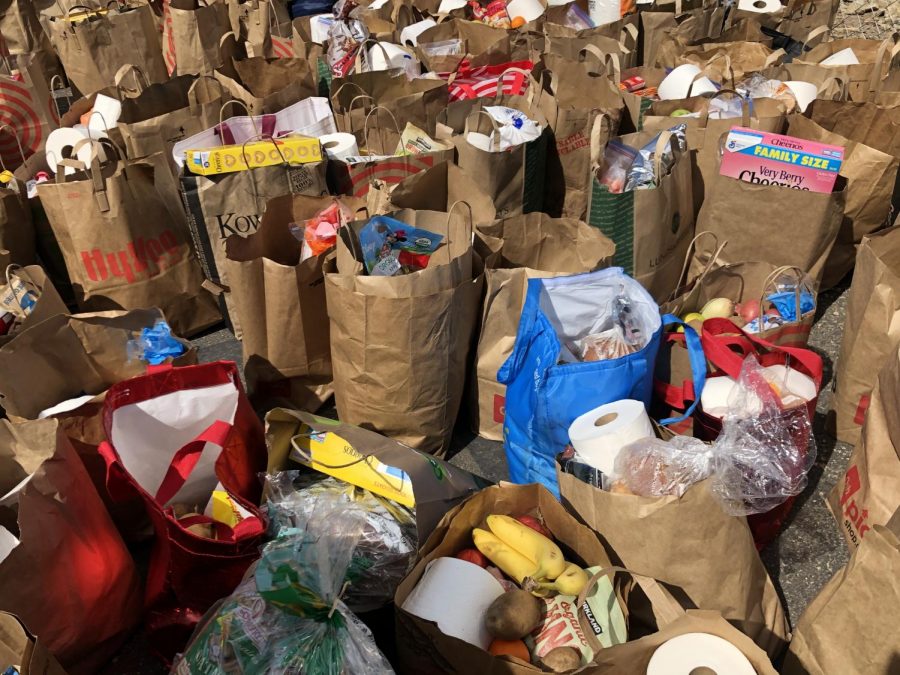 After turbulent weeks in the Twin Cities, churches and other public spaces turned into aid stations collecting and delivering food and supplies for community members. The Bethlehem Lutheran Church in the Midway, about one mile from Hamline's campus has held various food drives throughout the summer.

In the aftermath of the murder of George Floyd by Minneapolis police, feelings of shock, anger and grief quickly spread. Many people expressed the sentiment of being lost and unsure of what they as individuals could do to help.

This is where social media plays a powerful role. Countless posts have flooded platforms such as Facebook, Twitter and Instagram. The internet as a tool has provided an ability to rapidly share opportunities for protest and volunteer initiatives, along with recommendations for resources with educational value.

Younger generations are often pointed to as the biggest producers and consumers of content online. Their skills in this area have led many youth organizers to create effective and far-reaching initiatives that may not have otherwise been possible.

Rising senior at Hamline Dieu Do has been one of these youth organizers. As a student representative for the Diversity Initiatives Steering Committee and the Newman Civic Fellow for Hamline University, Do has always worked to make an impact on campus and in the larger community.

“I heard about the… tragic death of George Floyd… the day it really came out in the public arena. Like a lot of my peers and a lot of people who were watching that video I was just in shock and I was also very angry,” Do said. “I’m not surprised by police brutality… it’s not something new, it’s been taking place for a very long time. I guess I was just very shocked at how close in proximity it was.”

Like many others, despite worries over COVID-19, Do considered this situation to be just as important of a rallying call to action. Still following safety precautions, Do took the streets in protest and began making calls to elected officials in order to demand justice. However, with the growing inclination to do more, she began another endeavor.

“Once I took some time to really, like, absorb and saw it was time for action, I was just like, okay what can I do?” Do said. “I was calling and I was protesting, but I was just like, I feel like this isn’t enough and I started actually doing supply runs.”

What began as a simple post on Instagram asking for help with the expenses for supplies, turned into a rapidly spreading campaign amongst Do’s followers and beyond.

“It started off being a very simple social media post and the Venmo requests kept coming in and in. Then all of the sudden ten days later, I reached $10,000, which was just like, incredible and I never would have expected it,” Do said. “We’ve done over, like, probably 20 different supply runs, hundreds of bags of like, groceries and resources for people. We’ve just touched the lives of like, thousands of people.”

Not necessarily an avid social media user prior, Do found her perspective changed seeing the overwhelming response to her initial post, emphasizing the importance of youth activists in this movement.

“A lot of people I was checking in with, social media was… how to figure out how they can give back,” Do said. “It’s so direct and young people, since we know how to use it so efficiently, we knew exactly where to get the information, we went and we did it.”

Beyond the momentum behind the immediate action being taken now, Do speaks on her hopes to see the push for justice and accountability continue.

“I love doing this activism work. I hope in a couple weeks it’s not just, oh remember that happened a couple weeks ago? I think to really keep the momentum going… the best way I can say it, policy changes, systemic change,” Do said. “We need to put pressure on the decision-makers in our communities and in our country to continue holding police officers accountable. We need to not think short term and think long term.”

Further action that can be taken may be closer to home than we think, as Do brings up the recent attention surrounding Hamline’s current food supplier for the cafeteria, Aramark, which also has a history of supplying private prisons.

“The best example I can think of right in our community is you know, we’re talking about… the industrial prison complex. It’s now spun into a conversation about companies or organizations that support or utilize prison labor and one of those is Aramark. There’s a lot of variables that come into systemic change, but the first thing you gotta do is talk about it.”

One thing Do highlighted was her belief in the power of individuals coming together and organizing from the ground up.

“The thing I wanna emphasize the most is that it was a grassroots-led fundraising effort. For the most part it’s the $5, the $10 donations, the $20 donations that really made the difference and it all adds up,” Do said. “Everyone who donated either had a direct, like, relationship to me or knew someone who knew me directly. It was just individuals who wanted to make a difference. Grassroots organizing is so powerful.”