Coming back for athletics

Current spring sport athletes are granted another season of eligibility, if they choose to use it. 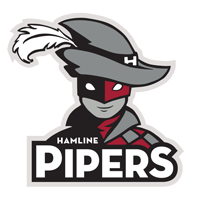 On March 13, the NCAA issued a blanket waiver stating that all spring sport student athletes who participated in their season for the 2019-2020 academic year would be granted another semester of eligibility, meaning  that their limited participation from this semester would not count toward their overall semester limits.

Although this allows student-athletes whose seasons were cut short to play again, they still have to abide by standard rules of eligibility.

According to the NCAA, a student-athlete that graduates this year cannot participate during the 2020-2021 academic year if they are not enrolled full time in a graduate program or second baccalaureate program.

“There are a few different factors going into my decision to come back, especially since I never planned on going to grad school,” said senior Tori Baird, a member of the lacrosse team. “I think the biggest one is if I want to delay getting a full-time job or not. Cost [of grad school] is also a factor.”

Many of the seniors have been playing with the same class since they were first-years. Coming back for a fifth year would be an adjustment for both athletes and coaches.

“I won’t have all of my teammates that I started playing with freshman year which would be hard for me because we have formed a very close bond,” Baird said. “Although I haven’t officially decided my plan yet, I only get so many opportunities to play the sport that I love and I don’t want to look back later on and regret not taking this one.”

Extended eligibility has effects for teams that could last for several years. Since every class of students is offered another season of eligibility, team dynamics could shift. Recruitment and roster sizes could also be affected.

“If some of the underclassmen decide to come back for a 5th year, it could change the numbers we target [for recruitment] over the next few years,” Weyandt said.

While the love of the game is reason enough to return, and non-seniors have more time to decide, some underclassmen have already chosen they won’t be returning after their predicted graduation.

“I have decided not to come back and play baseball,” said junior Michael Cveykus, a member of the baseball team.

Instead, Cveykus will be graduating in spring 2021 and going into an internship and then a masters program.

Though he does not play to take advantage of the waiver, Cveykus added, “Being able to have another year of the sport I love to death would be an extraordinary gift to my life. And I wouldn’t take it for granted.”