The results of the spring student elections are in, and the 2020-2021 president and vice president of Hamline’s student government are preparing for the coming year. 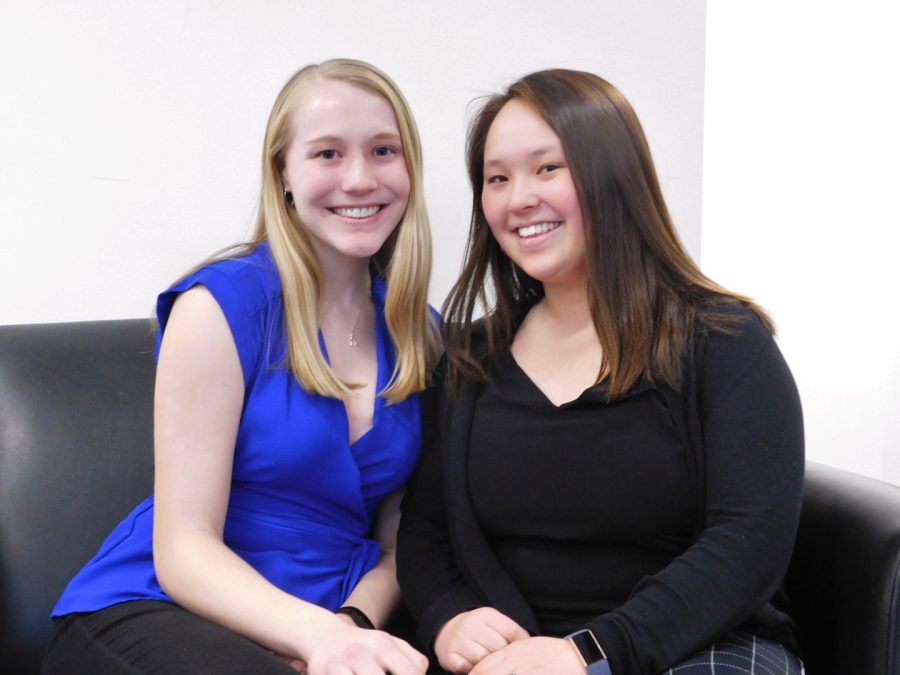 Sophomores Kaia Ziegler and Cecelia Miller are the president and vice president of HUSC for 2020-2021. A few of their stated plans are to continue to fund the Feed Your Brain campaign and to make sure that “students voices are being heard on campus.”

Running on a campaign of transparency, accessibility and equity within the Hamline Undergraduate Student Congress (HUSC), Zeigler and Miller took 58.2% of the votes cast during the spring elections.

Opposing candidates Jazmine Ngwu and Emily Lall ran on a platform of community, access and communication.

Zeigler and Miller will work closely with current HUSC president Andrew Weston and vice president Dieu Do during the rest of the semester to prepare for their roles.

“We will be having regular meetings with Kaia and Cece to make sure any questions that come up, we can be there to answer them,” Weston said. “We want to create a relationship…where next year they can still use us as a shoulder to lean on if things come up.”

Zeigler said top priorities as she and Miller prepare for their term in office are to continue support of the Food Resource Center and multicultural organizations and to increase HUSC’s visibility.

“We have a lot of ideas,” Zeigler said. “We don’t want to say ‘we’re going to do this’ because we haven’t run it past certain people, but we want to make sure Cece and I especially are accessible to people.”

Do and Weston, who ran last year on a platform of transparency and accessibility, intend to keep working toward those goals right up until their term ends in May.

“We both feel like we accomplished more than what we ever imagined, but we also have a lot we didn’t get to that we’re sad about,” Do said. “We’re happy to hand that over to the new administration and hopefully they can complete it for us and continue on our work.”

Currently, Zeigler and Miller are working to set the 2020-2021 budget for HUSC. This will be voted on by the HUSC General Assembly before the end of the semester.

A total of 562 votes were counted during the spring election. This represents approximately 26% of the potential votes that could have been cast by the student body.

However, the average voter turnout for undergraduate spring elections is usually around 520 votes. The 2017-2018 spring election was notable for having 859 votes cast.