Tense relationships between teenagers and their parents, plus the rise of “OK boomer” on social media, point to a need for greater mutual understanding. 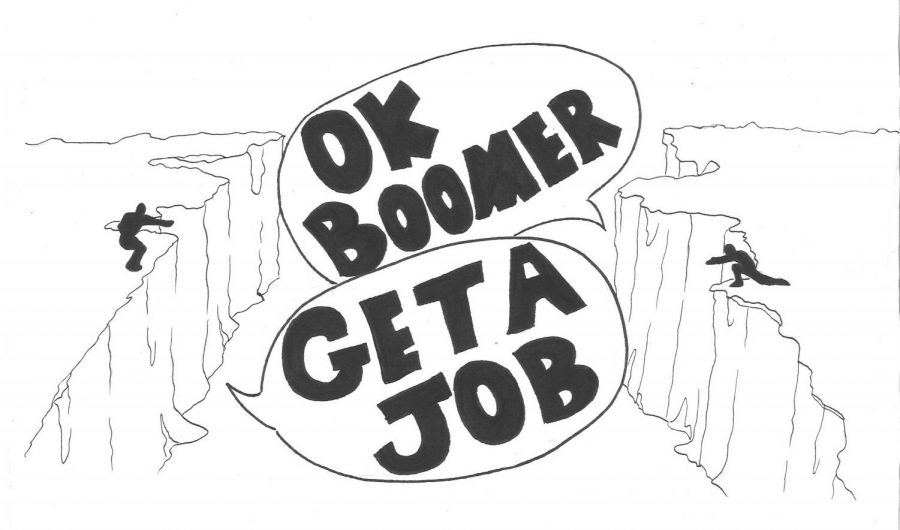 A few months ago, the phrase “OK boomer” went viral when young people reacted to a video that talked about the Peter Pan syndrome of Gen-Z.

I won’t talk about the reaction of teenagers or the phrase “OK boomer.” The thing I want to pay attention to is that when “Ok boomer” went viral, a lot of young people thought that the older generations didn’t believe Gen Z would do anything great. In the boomer’s mind, they still considered Gen Z to be stubborn children, not adults. As a result, it created a tense relationship between young individuals and older ones. This mirrors the relationship between teenagers and their parents.

Parents believe that they understand their teenagers, but the generational gap doesn’t make it as easy as they think. Parents, sometimes, are strict with teenagers, which makes them feel suffocated in their house and want to be rebellious. Teenagers will distance themselves from their parents.

Moreover, teenagers are exploring who they are in life. They want to prove to their parents that they are learning to be more mature and ready for adulthood. Their parents’ respect toward them will prove they can earn trust from older people.

I used to be a teenager, and I think what a teenager wants is their parents to be aware of their maturity, ability and human value. Saying “you are not allowed to hang out with your friends this afternoon” causes vulnerability. It will make them feel that they are not trusted by their parents to make their own decisions. And in a teen’s eyes, that’s not only unfair, but it’s also humiliating. “Have you got your keys?” is loaded with the implication, “You’re not able to look after yourself.” In other words, they doubt their teenager’s abilities.

“I feel like a child when my parents keep asking me their checking-up questions,” first-year Annan Gari told me.

Because teenagers want to prove to their parents that they are mature, they tend to expel the child-self in their soul. They do that by ignoring a lot of close gestures from their parents. For example, a kiss before going to class or telling them what happened in school that day. A parent may interpret this as a stinging rejection of their entire relationship, but the teen is simply acting out to prove that they are mature. They are fighting to change their relationship with their parents, to make the parents see that they are not the child the parent thinks. They want to shake the parent into an awareness of the new and exciting person they hope to become. Therefore, the ways teenagers prove that they are adults, sometimes, can make their parents feel vulnerable and not close to their children anymore.

“I ignore my parents’ initial gestures sometimes,” first-year Sadie Berlin said. “If it makes me uncomfortable, I will rather not do it.”

Quarreling with parents is not a sign of a bad relationship. We just need to be comfortable and willing to talk as well as share with our parents our honest feelings. The most important thing is that we don’t keep our anger secret without expressing it to gain mutual understanding. What a teenager really wants to have is the recognition and encouragement from the parents he always loves.

“Parents should take more responsibilities to be open with their children, especially teenagers,” Davu Seru, Department of English, said. “Be interested in teenager’s things, encourage them and don’t consider them as a child.”

“OK boomers” is not only a comment on TikTok. It is also the evidence to let us know that the lack of understanding could be the end of the friendly relations of different generations. The stress between parents and teenagers in this modern world, in addition to “Ok boomers,”  warns us to find the solutions to not let the generation gap become a burden for both of them.