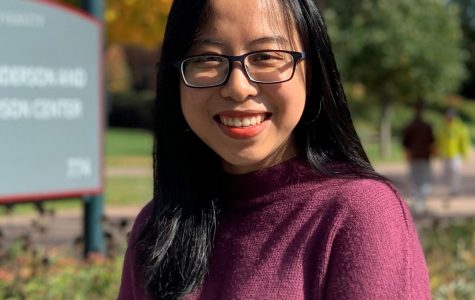 The Lunar New Year event, which was celebrated by Asian Pacific American Coalition (APAC) on Feb. 13, attracted many students on campus to join. This event brought, more than a fun activity for everyone, a cultural atmosphere to Hamline students. Furthermore, this event and APAC really made me feel less homesick and lonely when I was so far from my Vietnamese Lunar New Year Eve.

The Lunar New Year is the most important event in Asian culture. You can compare it with Christmas in Western cultures. The Lunar New Year is a time for everyone, especially those who are far away from home, to reunite with their family and friends after a year of working hard. Many people will feel this event is a little bit weird, because it doesn’t follow the usual calendar, but instead follows the lunar one. Annually, the first day of Lunar New Year will be a date between the end of January to the middle of February.

How Lunar New Year is celebrated varies, depending on which country the celebration is in. However, the meaning of Lunar New Year is still the same in each country. It is to reunite with family, talk about what they did in a year and then wish each other the best things for the future. In some countries, people tend to have fireworks and countdown to the first day of Lunar New Year. The color red is used to decorate because red represents bringing luck to everyone.

In addition, the must-have thing that cannot be forgotten during this event is the lucky money, which APAC called “the Red Envelope.” Asian traditions claim that when people put the money into the red pocket and give it to younger people, they wish others the best luck and happy year. In some cultural backgrounds, not only younger people are given the lucky money but also the older ones. Children are taught to give their parents and grandparents “the Red Envelope” to wish them good luck for the year.

“Lunar New Year is celebrated at the beginning of the new year that follows the Lunar Calendar,” Amanda Chen, Vice President of APAC said. “It brings as much fortune and luck to the new year.”

As an Asian, I believe that APAC was very successful in celebrating this event. They decorated the room with the holiday’s color (red), and they provided delicious food and amazing games, as well as the photo booth for everyone to take pictures. The thing that made me excited was the dance called “the Lion Dance”, which is very popular in Asian countries.

“The Lion Dance” symbolizes that the lion would make the bad things scared and then go away, protect people from danger and give people luck in the new year. APAC’s exec board also said “Happy New Year” in different languages, including Korean, Thai, Chinese and English. In the red envelopes they put the Starbucks vouchers and many gift cards instead of money, but to me the meaning of it was the same.

This is my first year welcoming the Lunar New Year without my family, but APAC really fulfilled my happiness for the most important event in my Asian culture. Furthermore, thanks to APAC, many students on campus had a chance to know about Asian cultures, not only Chinese traditions but also other backgrounds. They understood the meaning of the Lunar New Year, respected it, and enjoyed it. It was amazing when we could have intercultural experience for each person to gain their knowledge about another tradition.

“I admittedly don’t know much about different Asian cultures but that’s why I go to APAC events,” first-year Fatima Raye Menawa,  said. “It’s a chance for me to support the other students who put so much work into planning these types of events. I’m always glad to attend and appreciate all that the APAC did.”

APAC and people attending the event made me feel at home because with us, culture has no barrier.