Hamline first-year Nasro Arye brings her passion for fencing with her to Hamline. 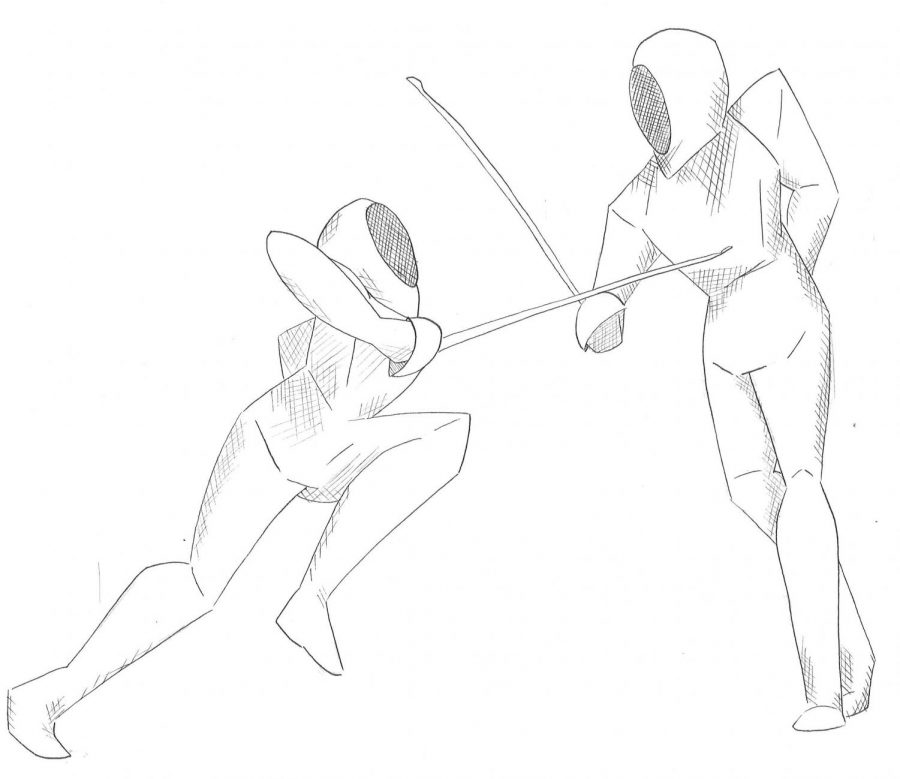 Hamline has many clubs hosted on its campus for a wide range of activities to appeal to many students. Yet when first-year Nasro Arye arrived, she did not see one for her passion: fencing.

“I figured they didn’t have a fencing club or fencing team, but once I did go to Hamline I figured I would create a club for fencing,” Arye said.

Arye has been fencing since highschool. In 2016 her school introduced the sport as an option for women. This was the first women’s sport offered at the school and the second team after the men’s soccer team.

“They had trouble keeping interest in sports,” Arya said. “After having a successful sport in soccer though they kind of had to have a women’s [fencing] team.”

Arye’s love for competition helped her to embrace the new sport.

“I’d say I’m a pretty athletic person, because of the school I went to I never got the chance to compete I just played them for fun. This was the first sport that I felt connected to cause I could set goals for myself and reach them,” Ayre said.

After arriving at Hamline Arye got to work to create the club. While the team is near ready to launch, the fall semester saw the groundwork laid.

“I was going through a trial and error process and hadn’t figured it out in time,” Arye said about why she is starting the club in the second semester.

Currently, the club does not have an official coach, it is instead run by a board of four students, one of which is Ayre herself. On this board, only two of the students have a history in fencing. The two who do not fence are friends of Arye who are there to provide support and understanding as to how to run a club.

“They offered cause you need three officers in order to create the club,” Arye said.

Interest in the club is high. At the Spring Org Fair, the club’s station had over two pages of contacts for potential  members.

Ayre expects about half to become participants.

“The main concern they had was the timeframe,” Ayre said.

The club plans on not being too stringent on member attendance.

“I don’t expect them to come to every single meeting. I think the fencing club itself would be a space for people to come drop in and see what it’s about,” Ayre said.

Currently, the club does not have funding from the school. The board members are working with other fencers in the community to get old gear to use.

“Once I have the right funding I need we can use that to get the necessities and use the gear that is donated and move on from there,” Arye said.

Amongst the gear needed are the weapons. Fencing has three types of blades foil, epee and sabre. When a match is played with Epee the whole body is able to be struck for a point. Sabre and foil matches scores strikes on the torso only. Sabres can also use the whole blade in order to score while epee and foil can only use the tip.

While the club does not yet have a place to meet they plan on meeting on Monday nights.

Joining a new activity is a great way to learn more about oneself.