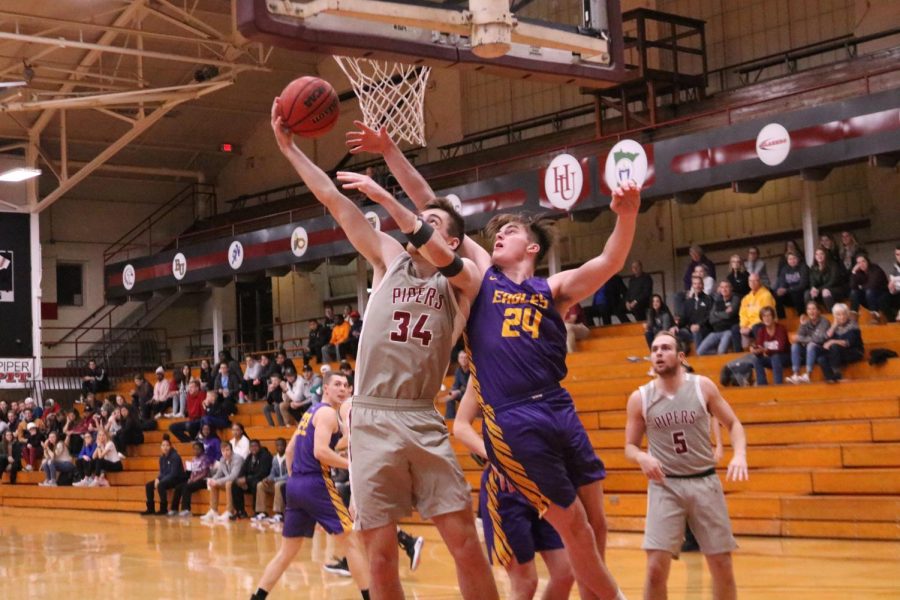 The men’s basketball team played their second and third games this week. The first was a home game against Northwestern. Hamline won with a close score of 87-84. Leading the Pipers in points was junior Jake Larson, who scored a total of 19 points in the day, shooting 5-7 from the three. This showing was accompanied by a teamwide 50 percent from the three. The team did fall short in field goals, only finishing 31-78, a percentage of less than 40. The game saw Hamline take their first win of the season after their initial loss to Crown when they fell 80-83.

The second game of the week had the Pipers travel to Arden Hills to play their first MIAC game of the year against Bethel. Hamline didn’t hold up as well in this game, only scoring 21 points in the first half compared to Bethel’s 44. While Hamline did keep pace in the second half, showing that they did have what it takes to play another MIAC team, their weak first-half performance cost them the game at 63-86. This was the first game of the season to be determined by more than three points. The game was led by senior Lucas Berg who had a total of 12 points. The Pipers stats were disappointing all around, shooting only 3-15 from the three, a 30% drop in shooting accuracy from their previous game. Hamline is looking to take on Macalaster on Nov. 26 in Hutton Arena.

It is never easy to start a schedule with five away games in a row, yet this has been the reality for the Women’s Basketball team this season. Despite the tough start, Hamline has begun the season with a 3-1 record. Their most recent game was against Bethel, their first MIAC opponent. The game did not go as well as their previous three, Hamline fell 67-79. Bethel had also been 3-0 going into the game. Hamline’s top scorer was first-year Lydia Lecher, with a total of 14 points in the game. Immediately behind Lecher was senior Reilly Geistfield, who has consistently been one of Hamline’s top scorers. Geistfeld dropped a season-low of 10 points this game. Geistfield holds the season-high of 25 points during the team’s first game of the year against Crown. The Pipers have one more away game against Macalaster on Nov. 26 before returning home after Thanksgiving in order to get home-court advantage for the next three games. Macalaster is currently 0-4 in the season, losing by at least eleven points each game, including in a game to Northwestern, a team that Hamline edged out a win against 62-60, early in Nov.