Hamline’s Men’s and Women’s Swim and Dive teams both invited Gustavus Adolphus to Bush pool for Hamline’s last home meet this season. The Men’s team was coming off of a 305 point second-place finish in the HU invite at the end of October. The Women’s team had a dominating performance against Augsburg just a week before, they were going in with high spirits. As the day began both teams found themselves trailing behind Gustavus Adolphus. The Women’s team took a total of four first-place finishes and a variety of second and third placements. The first win came from senior Alex Torgrimson, who took the 200 Butterfly and the 200 Medley. Torgrimson helped the 200 Freestyle Relay team race ahead for another win. The final win came from first-year Courtney Broyles who placed first in the 3M dive. This performance gave Hamline a total of 94 points, not enough to beat the Gusties, but a stellar performance nonetheless. On the other side, the Men’s team also found themselves with four wins. The first came from junior Nicholas Grivna, who held on to the 200 Freestyle. Grivna’s teammate, junior Lee Roback, gave Hamline a second win as he placed first in the 100 Backstroke. The junior class kept up their performance for the night with a first-place finish in the 100 Breaststroke from junior Andrew Hobar. The Men’s team had one final win from sophomore Quinn Doan in the 200 Individual Medley to round out the night. While neither team was able to take away the win the night was important as the last home meet for the teams’ seniors. The next meet for the two teams will be the Goblirsch Invite on Nov. 23.

As the Cross Country season comes to an end Hamline’s Cross Country teams traveled to Waverly, Iowa in order to participate in the NCAA D-III Central Regional, a meet that took the runners of D-III schools from around the midwest and pit them against each other. The men’s race had a total of 20 schools represented in the eight-kilometer run. Hamline had two runners finish in the top ten of the 200 runner spread. Coming in tenth place was junior Frank Gustafson with a time of 25:50.5, and in eighth place was senior Fernando Benitez who ended a second earlier with a time of 25:49.2. These performances qualified both Gustafson and Benitez for the NCAA D-III national championship race in Louisville Kentucky. The women’s team had a similar spread with a total of 30 schools and just over 200 racers. Despite the tough competition, junior Helen Dolan finished in tenth with a time of 22:54.1 in the six-kilometer race. Dolan’s performance will see her into Louisville Kentucky for the national race. Both teams ended in the mid-teens for overall placement in their lots. With only the national championship remaining the Cross Country seasons are all but over.

The Women’s Hockey team has had a rocky start to their 2019-2020 season. After taking second in the nation for D-III hockey last year the team has struggled to perform to as high of a caliber. The team is starting with a record of 2-2-1, last year the team finished with a record of 23-4-1, with most of their losses coming at the end of the season during playoffs. The tough start wasn’t solved last Saturday as the team took on Augsburg at home. The team had never lost against Augsburg in TRIA Rink until this year. The game saw consistent gameplay from the Pipers, scoring a goal per period and keeping the Auggies to only one point in the first two periods. Unfortunately as the third period rolled around Hamline gave up a goal off of a power play early on. This gave Augsburg the momentum they needed, after a goal from Hamline senior Bre Simon, her second of the night, Augsburg scored another two times to put themselves ahead for the first time all game. As the clock wound down to zero Hamline found itself with its second loss and dropping to 2-2-1 in the season, being .500 or below for the first time since the start of the 2017 season. The Pipers are still early in their season and will be looking to recover quickly in order to take the MIAC and go back to the National Playoffs for the third year in a row. 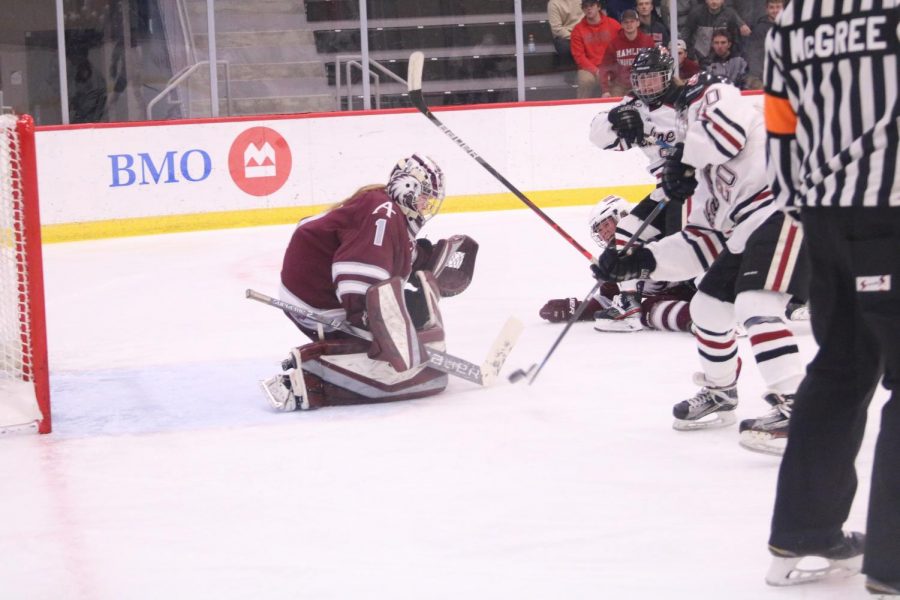 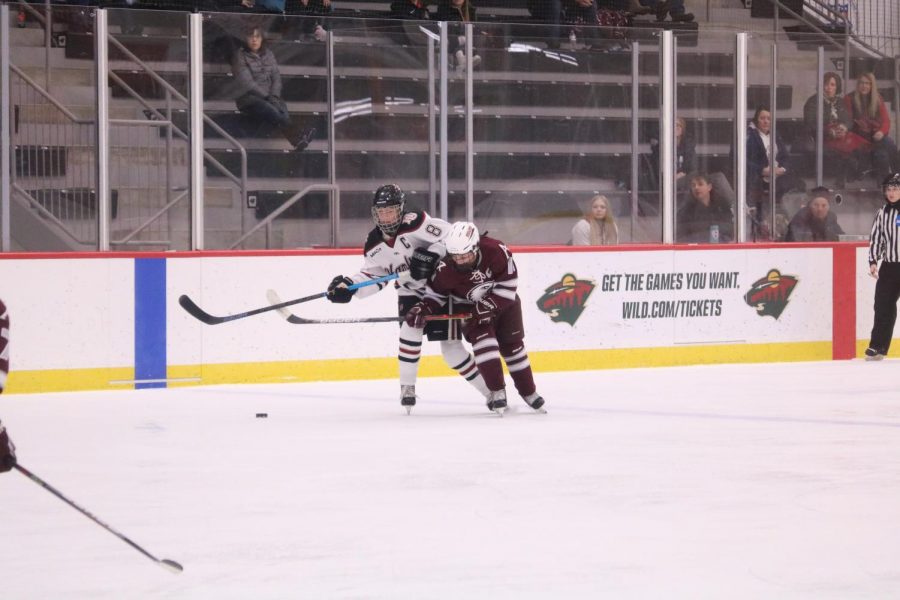