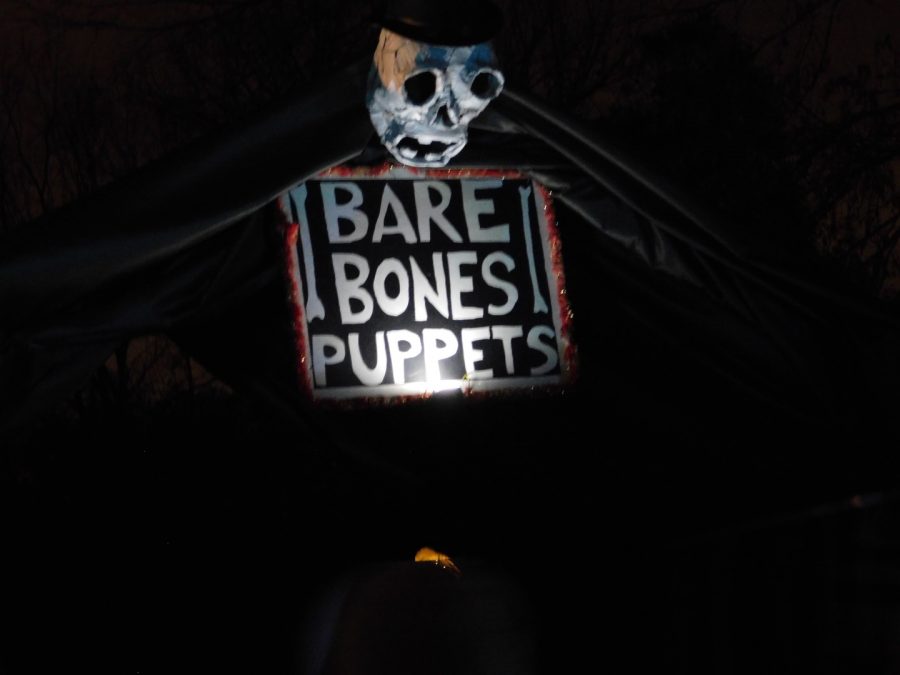 Unbeknownst to some, the Barebones Halloween Puppet Extravaganza just finished their 26th annual event this month, after starting back in 1994. Saturday, Nov. 2 was the last day to catch Barebones in Saint Paul.

Upon arriving at Hidden Falls National Park, one would have seen hundreds of people in line an hour before the entrance even opened.

The atmosphere was tranquil with children playing in the grass and carolers walking along the line. Once you entered the park, there were bales of hay to sit on.

What is Barebones you may ask? According to the official Barebones newspaper, “Barebones is a community created spectacle pageant of larger-than-life puppetry, drama, stilting, dance, fire, music and song that honors the circle of life by celebrating its arc of death through the seasonal metaphors of fall.”

Before the show began, a narrator explained the history of the park, formerly known to the Dakota People as a Bdote. A Bdote is a place where two bodies of water meet. The Bdote is a sacred place of origin for the Dakota. In 1862, white settlers and military turned the site into a place of genocide and poison.

“We humbly offer this performance as a tiny step towards healing our relationship with this land and all who have lived here,” the narrator said.

The theme for this year’s Halloween Puppet Extravaganza was And The Fires Will Burn. Co-Director Rah Diavola describes this year’s theme as resilience and hope.

“Through all of our struggles, our heartbreak, confusion, grief and loss we must carry on,” Diavola said.

Hidden Falls National Park has hosted the Puppet Extravaganza for many years, due in part to the organization’s love for the open area and atmosphere.

Barebones Production is a non-profit arts organization that started as a senior thesis project for artist and puppeteer Alison Heimstead at the University of Minnesota back in 1993.

Besides the Puppet Extravaganza, according to the official Barebones website, “BareBones has also produced five annual Winter Pageants on ice and snow, five summertime Dumpster Duels performance competitions based on scavenged garbage and various other outdoor puppet shows including The Little Match Girl and Raven Steals the Sun.”

Barebones relies on volunteers. If you’re interested in getting involved, community meetings begin in August. To get involved, check out the Barebones puppet website at barebonespuppets.org to learn more.