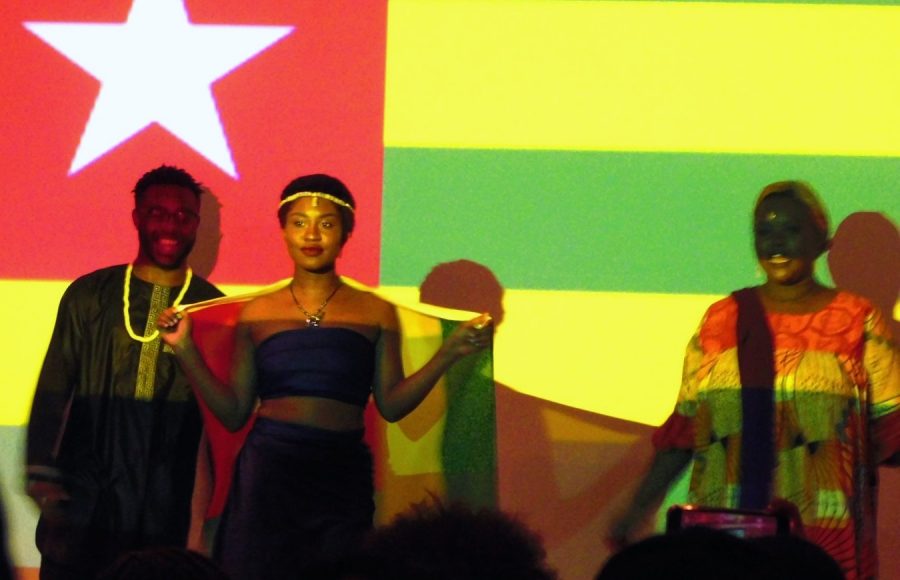 This event could not have come at a better time with the recent incidents of racial prejudice leaving many students on campus upset.

“With everything going on at Hamline, we need to spread that love,” said Isaaclina George, a junior and HASA’s Community Outreach representative, as the event kicked off.

Pamoja Night is all about bringing black and African students together.

The annual event put on by HASA took on the theme of Afrofuturism this year and focused on showing things from a black perspective.

“We are reclaiming what Africa looks like,” said HASA President and junior Maryan Hersi as she introduced the event.

The event included lots of visual artwork, cultural fashion, poetry, spoken word, and musical performances by Hamline students and other members of the community coming from different African backgrounds.

Pamoja Night, “allows students to showcase and be proud of their identities,” said HASA Vice President and junior Yasmin Hirsi.

Throughout the night, Anderson Center was full of smiling students and family members, dancing, eating, and conversing with one another. Tons of clapping, cheering, and verbal support of fellow performers also filled the space.

Energy filled the room as one performer known as yungm3tro invited the whole crowd to surround the stage to dance and sing along with him as he performed a song of his.

HASA aims to create a space through events like Pamoja Night where black people can meet and feel a sense of community at Hamline and in the greater community, according to Dorvilier.

“Let’s lift black students up. Community is so important,” she said.

Community support, unity and fun were evident throughout Pamoja Night. However, important topics about race and culture were not ignored.

Powerful spoken word and poetry performances speaking about racial inequalities and personal experiences of racism and discrimination were received by snaps of support from the crowd.

Pamoja Night brought together students of many backgrounds, but also acknowledged and addressed the various experiences of individuals within the African diaspora and other backgrounds on Hamline’s campus.

“As a Caribbean student on campus, HASA has brought a space for me,” said Dorvilier.

HASA is an organization open to students on the campus of many different backgrounds. They aim to create a community and impact society in a positive way.

“Our goal is to create a space where black people can meet and bridge connections,” said Dorvilier.

HASA hopes to attend a leadership conference in Morocco this J-term. The conference will focus on collaboration with the goal of achieving sustainable quality school-improvement around the world.

HASA also aims to work with organizations such as Project91 to help families support their children through education and into employment.

To support HASA in these efforts go to https://www.gofundme.com/f/HASA2020. Donations will go toward helping send the executive board of HASA to the conference in Morocco in January.